Pancha Bheralu
Koluvu Srinivasa Murthy : Every morning Koluvu Sreenivas Murthy is seated on the golden throne in Snapana Mandapam and almanac (Panchangam) is read out to him. All the details of the day like tithi, nakshatra, yoga and the information about different sevas are given to him. Then the treasury clerk humbly presents to him. the income and expenditure account of the previous day. This is done is Snapna Mandapam before the sunrise failing which it is done in Ghanta Mandapam after sunrise. 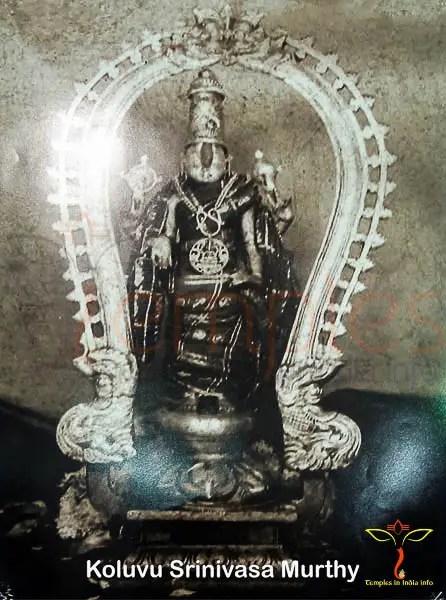 Bhoga Srinivasa Murthy: In Ananda Nilaya the ever beautiful idol is that of Bhoga Srinivasudu. This silver idol was presented to the temple by a Pallava Queen “Saama Vaayi” in 614 A.D. She rejoiced in decorating the idol with many ornaments. During the ‘Ekanta Seva’ at the day’s end, it is privilege of Bhoga Srinivasa to go to bed on silk mattress. During ‘Suprabhata Seva’ in the morning, this idol is removed from the silk mattress and kept at the foot of the main deity Mula Virat or Dhruva Murthy: The principal deity presiding in the sanctum sanctrom of the Tirumala temple is called Mula Virat of Dhruva Murthy or Stana Murthy. With an approximate height of around 7 feet, the presiding deity of Lord Venkateshwara has been attracting millions of devotees from the past several centuries with his self manifested presence in Ananda Nilayam. 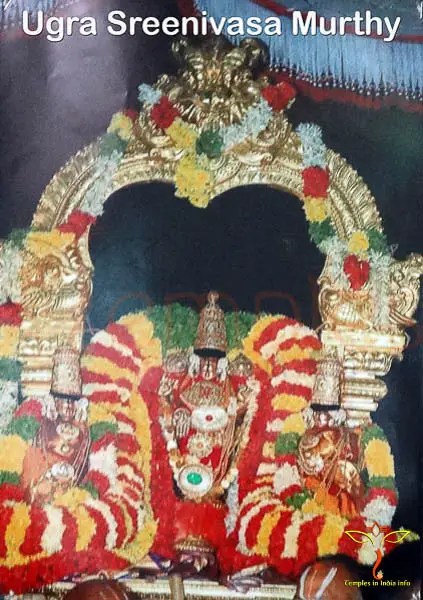 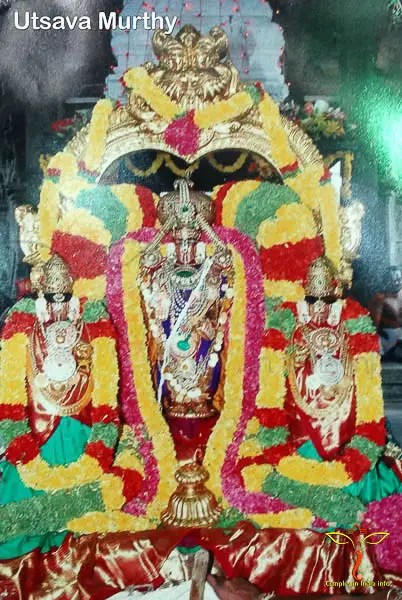