Kashi Vishvanath Temple is also known as Kashi is one of the most famous and holiest Shiva temple which is situated on the western bank of the holy river Ganga in Varanasi, Uttar Pradesh, India. Kashi Vishvanath Temple is one of the twelve Jyotirlingas. Lord Shiva is in the form of Vishwanatha or Vishveshvara which means the Ruler of The Universe.

This Kashi temple has been demolished and rebuilt many times. Aurangzeb was the last emperor who demolished Kashi Vishvanatha Temple to build Gyanvapi Mosque. In 1780 the present structure of the temple was built near the original site by the Maratha ruler, Ahilya Bai Holkar of Indore.

Two domes were covered by gold donated by Ranjit Singh(Sikh Maharaja) and the third dome was covered by the Ministry of Cultures & Religious affairs of Uttar Pradesh Government. 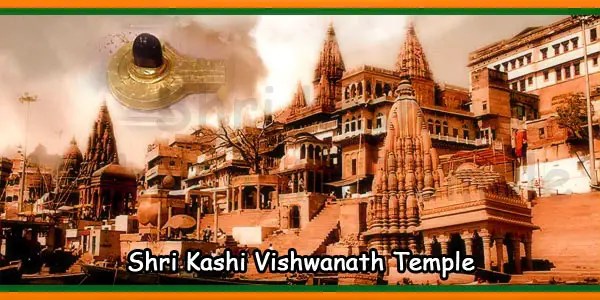