1 July 2015 Tirumala: Dr Pranab Mukherjee the Indian President has offered prayers to Lord Venkateswara Swamy on Wednesday. The President’s was accompanied with his son Mr.Abhijeet Mukherjee.

Dr Pranab Mukherjee dressed in traditional dress as per the custom of the temple to have darshan of Lord.
The chief priests Dr AV Ramana Deekshitulu explained the importance of the Presiding deity and about the ornaments adorned to Lord Malayappa Swamy. 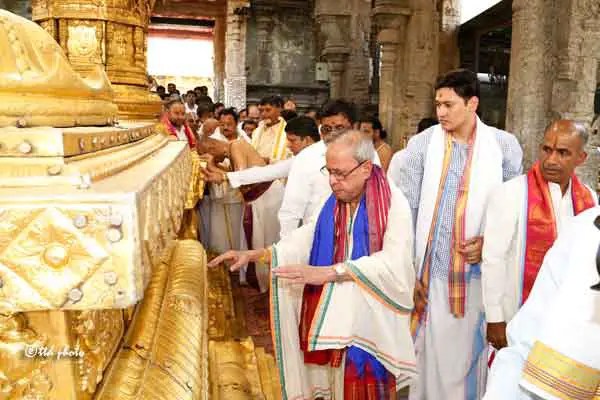 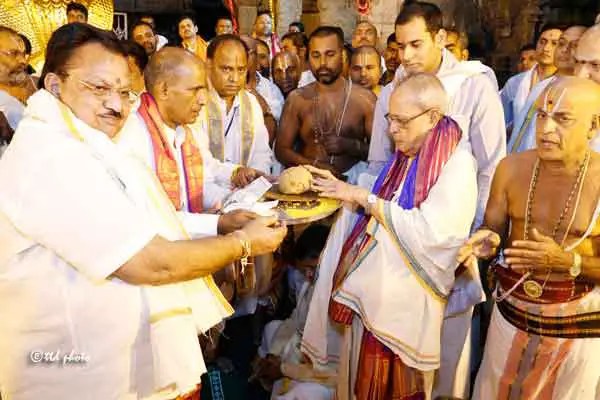