Jhamu Yatra is the most popular festival of Goddess Mangala which falls on the first Tuesday of the Vaisakh every year. Its is the Fifth Tuesday that is celebrated as Jhamu Jatra. On this occasion devotees collect water from river Prachi and pray to get her blessings. Then with the mud pot, filled with water, on their shoulder, they are able to walk on the surface of burning fire spread on a long channel on bare feet. Due to their faith on Goddess Mangala and Her blessings on them, the devotee are unhurt and uninjured while performing such a risky custom. Every year thousands of devotees come to Kakatpur to celebrate the Jhamu festival.

In early morning puja panda along with palia, will come to the temple and open the door, then puja panda will go to the deity and wash her face with pure sacred coanch water,mangala arati will perform after following this ritual. The door will be closed, for deity’s marjana (bathing) besa (decoration).then puja panda will offer mahaprasad at that time in the temple of lord Patitapabana besa & Tahiya lagi will be completed for Debasnana purnima. After completion of surya puja, Pahandi bije of lord Patitapabana carried out by Seviators then ballava puja of deity will go on.henceforth puja panda will come to the snana mandapa & perform mailama & adhara poccha, puja panda will give a sacred bath to lord patitapabana with scented water, after that besha will be done.

Puja Panda will go to the Kanak Mandap and performs sakala dhupa (morning meal)in front of deity mangala. Madan mohan will come to the Snana Mandapa.

Bhanda Dhoopa (special meal) offering will done by puja panda to the goddess on Kanak Mandap. Pahuda ritual will done after special meal. 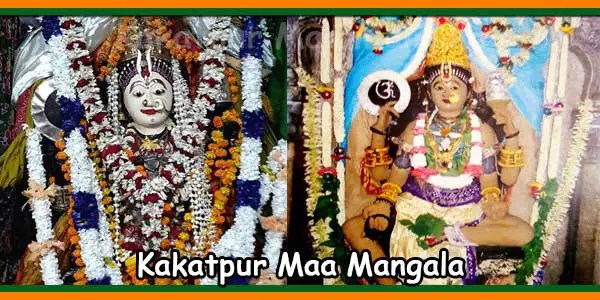 In the evening, the sandhya arati (showing evening lamp to he deity)will be done in front of goddess mangala and lord Patitapabana, After this ritual Gajanan besha of lord Patitapaban will continue in the meantime bathing ritual of the goddess will perform inside the temple the puja panda will cover the whole body of the deity with sandalwood paste. Saree of sandal colour and different flowers are used to decorate the deity . This is called as Sarbanga Chandan Lagi Besha . After then Dakhina Moda and Dakhinamodsa Alati are done in front of lord Patitapabana . In Bahuda bije pahandi Patitapaban will return to the anasara pindi

Ratri dhoopa and badasinghara dhoopa will done in front of the deity mangala and Ratri pahuda will be done following the rituals.

A special types of offering to the deity offered by the puja panda from temple administration.

Every twelve years when the Idols of Lord Jagannath, Balabhadra and Subhadra are replaced during the Nabakalevara rite, Priests of the temple in Puri pray to Maa Mangala in the Kakatpur temple to give them divine guidance. The goddess appears in their dreams and reveals the location of the three divine Daru Bramha trees from which idols of the deities are made “Maa Sarba Mangala” A book which contains real story of Maa Mangala and the spiritual connection between the Goddess and lord Jagannath. The ‘Bhaktas’ who really want to acquire knowledge on lord Jagannath and Goddess Maa Sarba Mangala must read the book which is written by Raghunandan Panda, Sebak of Maa Sarba Mangala. He was a teacher and belongs to Kakatpur. He has spent almost 25 years from his busy schedule in doing research on Kakatpur Mangala. He has shared all his experience in the form of his book which will enlighten the whole story. The book is available only in Kakatpur. 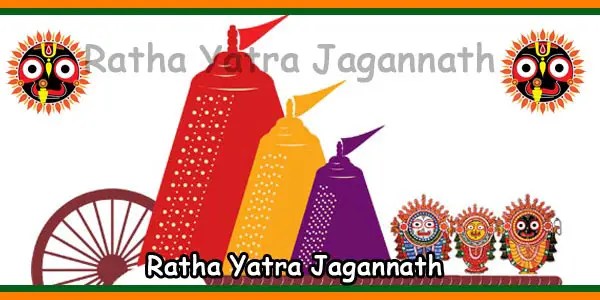