The Bhakti kaal incorporated a number of devotional gurus. During this movement, numerous bhajans, couplets, dohas, poetry etc. have been created in praise of God. A saint by the the name of Guru Ravidas, has etched a mark in this aspect of Bhakti Movement through his utmost devotion in the form of songs and verses. Popularly known as Satguru Ravidas, many also know this guru as Guru Raidas, Rohidas and by the name of Ruhidas.

Born in the culture-rich city of Varanasi at a place called Mandhuadhe in the year 1377 C.E., although few dispute on this saying his DOB was in actual 1399 and that it was on Magha Purnima day as per the Lunar Calendar. The satguru’s birth place has now turned popular as a temple tourist destination for pilgrims and goes by the name of Shri Guru Ravidas Janam Asthan Mandir at Shree Goverdhanpur in Varanasi. The destination attracts large crowds on the birth anniversary day called Satguru Ravidas Jayanti. 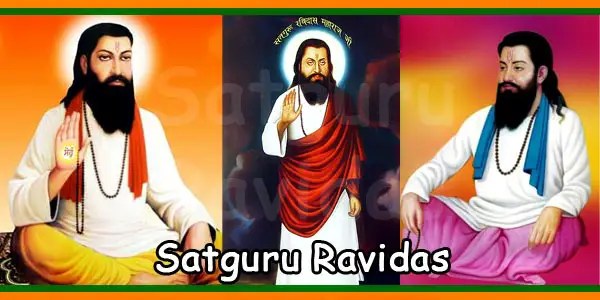