Note: On Saturdays and Festival days the pooja time may be longer than regular time. Temple History:
Sri Srinivasa Perumal temple had its beginning in the late 1800’s. The inspiration behind it was the influential community leaders like Mr. Arunachala Pillay, Mr. Cootaperumal Pillay, Mr. Ramasamy Pillay, Mr. Appasamy Pillay, Mr. Chockalingam Pillay and Mr Ramasamy Jamidar. All of them, who had close working relations with the East India Company, wanted to build a Hindu temple for Vaishnavite worship.

These leaders joined together and in 1851 they purchased a piece of land measuring 2 acres, 2 woods and 24 poles from the East India Company for 26 rupees and 8 annas They built a temple in 1885, which was known as the Narasinga Perumal Kovil.
After constructing the original temple structure, two adjoining pieces of land were obtained later for the temple’s needs. In 1894, devotees Mr. Moona Sithumbaram Pillay and Mr. Vinasithamby Murugesu purchased 25,792 square feet of land and donated to the temple. The Mohammedan Hindu Endowments Board (MHEB), under whose administration the temple was from 1907, obtained the second piece of adjoining land measuring 3,422 square feet from the East India Company on 15th August 1912 on a 999 year lease at an annual fee of 1 Straits Settlement dollar.

The original structure of the temple remained unchanged till the early 1950’s. In 1952, the MHEB decided to reconstruct the Temple. Restoration was carried out in the early 1960’s, when the prominent Indian community leader and philanthropist Mr. P. Govindasamy Pillay financed much of the works. He was credited with building the first two storey marriage hall within the temple, which was officially inaugurated by Enche Yusoff Bin Ishak, the first president of Singapore on 19th June 1965.
Construction of the present building, Rajagopuram (grand tower entrance) and the covered walkway were completed in 1966. At this stage, many elders suggested that the striking main deity of Sri Narasimha may be replaced by the gracious Sri Srinivasa Perumal. Thus the temple was renamed as Sri Srinivasa Perumal Temple. Even though financial constraints prevented the addition of a Rajagopuram to the facade of the temple in the early days, the Rajagopuram was later erected in 1979. All costs for the entire construction and renovation works in the renovation phase in 1970s were liberally borne by Mr P Govindasamy Pillay.

In 1978, the Preservation of Monuments Board declared Sri Srinivasa Perumal Temple a National Monument.

The temple had undergone major renovations in 1987, 1992 and 2005. During the various stages of renovation, improvements were made to the façade and new facilities were added to meet the requirements of the devotees. Today, the visitors can witness the meticulous efforts undertaken by the successive management committees of the Temple to ensure that its preservation status was maintained. Well-designed sanctums, rich sculptural accompaniments to a pillared pavilion built for worshipping processional deities, and many more additional features make the temple an epitome of Hinduism.

Brahmotsavam, Vaikunda Ekathesi and Purattasi Sani are some of the major festivals celebrated in this Temple. 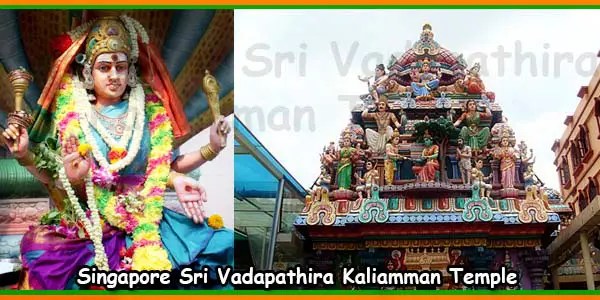 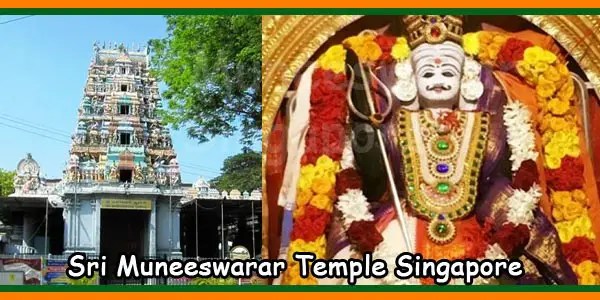