20 March 2015 Tirumala:
Lord Venkateswara’s hill Temple is ready for the Ugadi Asthanam the first religious festival which is being observed as per Hindu Calendar.

From Ugadi Asthanam other Ashanams like Sri Rama Navami, Anivara, Deepavali etc., the Nityotsavams, Varotsavams, Pakshotsavams, Masotsavams, Samvatsarotsavams to the processional deities of Lord Sri Srinivasa with his two companions, Sri Devi and Bhu Devi are performed all through the year in a grand manner.

As a part of the Ugadi Asthanam, the processional deities will be Displayed on finely decorated Sarvabhoopala Vahanam on a new silk Cloth, in Bangaru Vakili and the Commander-in-Chief Sri Viswaksena on the adjacent side and the temple court will be performed as per Vaikhanasa Agama.

Between 7.00 am to 9.00 am the Ugadi Festival celebrated as per traditional Telugu Custom inside the Sri Vari Temple in Tirumala.

The Tirumala Tirupati Devasthanam has cancelled all arjitha Sevas on Saturday an account of ugadi festival.

The whole temple premises will be beautifully decorated with many varieties of flowers, rangoli’s inside and outside of the temple. 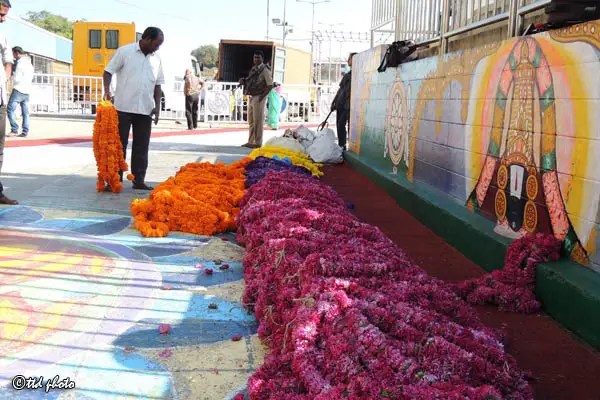 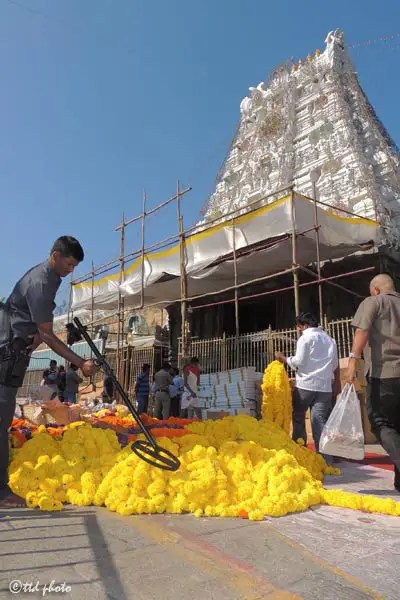