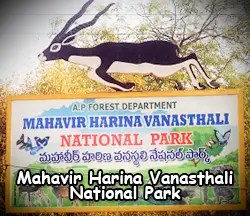 The Mahavir Harina Vanasthali National Park of Hyderabad, which is primarily a deer park, is also the natural habitat of the state animal, the Black Buck. However, it also contains a huge number of reptile species and other species of animals, birds, trees and plants as well. Similar to most other places in Hyderabad, this park in Vanasthalipuram is also associated with the princely leaders of the state in the past. The area is believed to be the hunting ground or the Shikarghar of the Nizams. This hunting ground was urbanized into the Mahavir Harina Vanasthali National Park in 1994 with the intention of safeguarding the legacy of the city and protecting the environment along with the precious wildlife, particularly the Black Buck. On the 2500th Nirvan Anniversary of Saint Mahavir, this park was declared as a National Park and in honor of the founder of Jainism, Lord Mahavir, it was named after him as Mahavir Harina Vanasthali National Park. Another reason for dedicating this park to Mahavir was that he has famously quoted, “No gyaani or a learned man hurts other creatures.”

The park which stretches over an area of 14.59 sq kilometers is well known for being the dwelling of the endangered species, the Black Buck or commonly called in Telugu as the Krishna Jinka. According to researches, this Black Buck has been the most hunted species of animals in the last three centuries in India. To protect this prized creature from extermination, this park was declared as a national park. 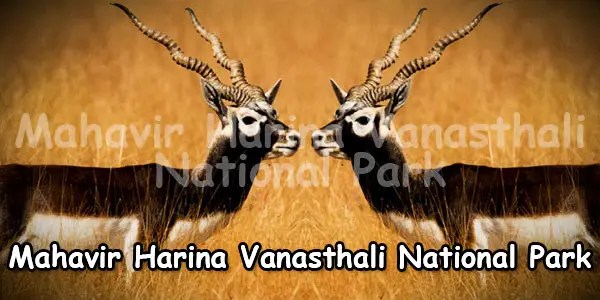 The other rare species that can be seen here apart from the Black Buck are the short-toed Eagles, Indian Herons, Quails, Vultures, Egrets, Kites, Cormorants and Kingfishers and many other birds. Visit this place with a pair of binoculars or a DSLR camera to capture the more than 120 species of birds in their habitat. The park is also home to Panthers, Chital, Civet, Peacock, Wild Boars, Porcupines, monitor Lizards and over 30 species of reptiles.
The Mahavir Harina Vanasthali National Park of Telangana is famous for Deer and is one of the places to visit in Hyderabad. 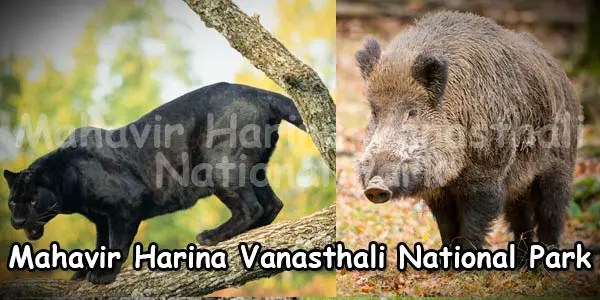 An ideal way to explore the dry deciduous jungle of rocky environment is to take the Safari service available at the park that runs from 9.30 am to 5.30 pm. This safari lasts for 45 minutes and like ‘Animal Planet’ jungle ride right into a real forest. Wild animals roaming around untamed in the forest like the royal Black Buck grazing and the beautiful spotted Chital (a variety of deer) roaming around is a great sight to see.

Trivia Time: Chital is a variety of deer that is native to these regions of India and has a place in the Hindu Epic Ramayana. It is that deer that Sita spots and sends Rama after it.

To make the jungle safari ride more memorable, the guides share their vast knowledge about the jungle and beyond. Apart from the animals, the park is also home to many rare trees that are usually not found in the city like the Sandal, Rosewood, Palas, Lavender, Teak, Amaltas, etc. 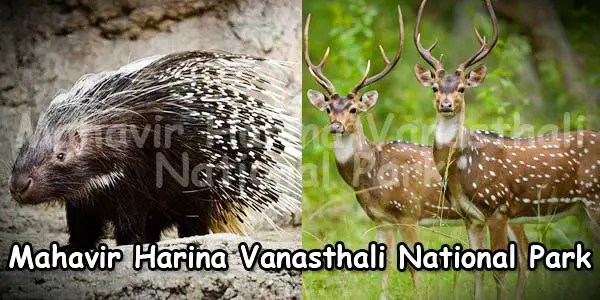 If you wish to stay longer to explore the jungle, there are also tourism cottages available here. Other educational services available here are natural camps, amphitheatre and library.

Mahavir Harina Vanasthali National Park Timings:
9.00 AM to 5.30 PM (Every day except Monday)

Best Time to visit the park:
The park can be visited at any time of the year. The park is open on all days except Mondays from 9.00 AM to 6.00 PM.