On Saturday Dr D.Samba Siva Rao Executive Officer Tirumala Tirupati Devasthanam has visited the ancient and famous Vaishnavaite temple to present Silk Vastrams and offered his prayers to Sri Bhaktavatsala Perumal in Tirunindravur, Tamilnadu. This is a regular and ancient tradition.

This is a Vishnu temple and he is worshipped as Sri Bhaktavatsala Perumal, Lakshmi Devi is referred as Ennai Petra Thayar and the temples is considered as one of the 108 Divyadesams whis is dedicated to Lord Vishnu.

Puranas says that the temple was constructed in 8th century AD by the Pallavas later Cholas and Vijayanagar kings. 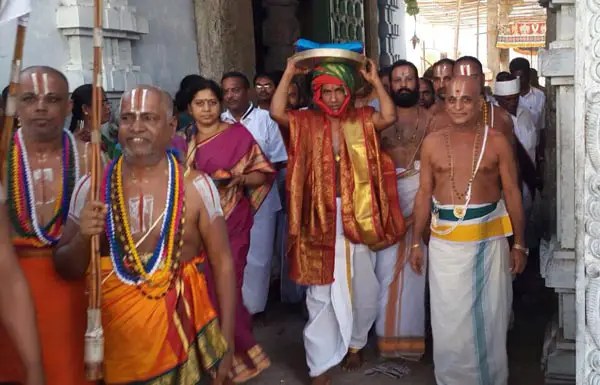