21 March 2015 Tirumala:
Sri Manmadha Nama Ugadi (Telugu New Year) was celebrated with religious passion in Sri Malayappa Swamy Temple in Tirumala on Saturday.
In Bangaru Vakili of sanctum sanctorum Ugadi Asthanam was celebrated between 7.00 am to 9.00 am.
The processional deities were kept on Sarvabhoopala Vahanam which are beautifully decorated with new silk cloths, in Bangaru Vakili and the Commander-in-Chief of Lord Srinivasa, Sri Viswaksena was kept seated on the adjacent side of his master and the temple court was performed as per Vaikhanasa Agama for Ugadi Asthanam.

The Asthana Scholar rendered the Panchanga Shravanam forecast the future events ahead of the year based on Hindu almanac after performing Nivedana to deities.

the establishment is dedicated to render extra higher and clear services to the multitude of visiting pilgrims and vow to work in that path.

The decorations made with flowers was a special attraction to the pilgrims in tirumala. The “Pushpa Kalasam”, Iravata and other mythological characters made with different flowers and vegetables were the maik attraction of the pilgrims. 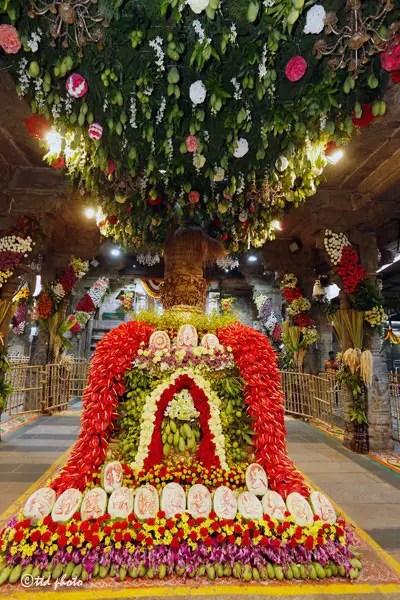 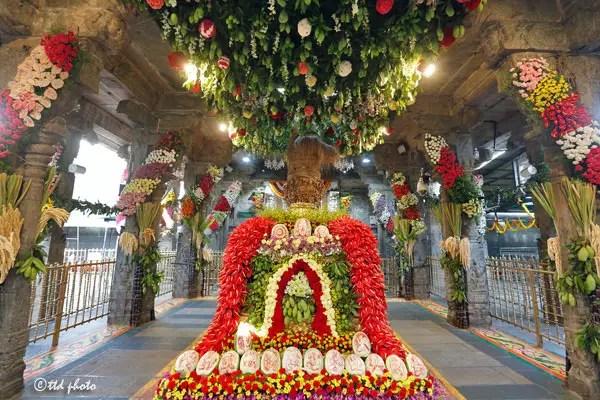 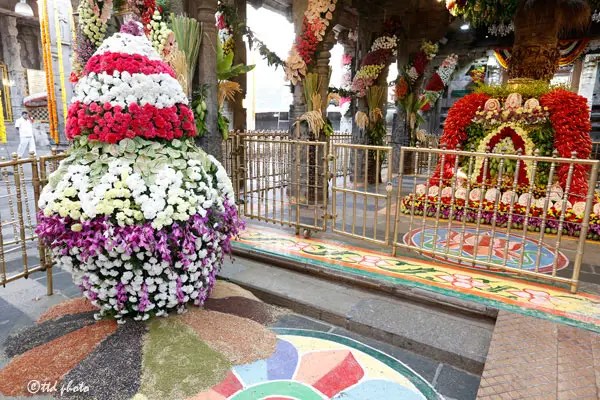