This temple is more than 800 years old according to the archeological department and is situated in Ongallur center in Palghat _Pattambi state highway. When we enter the inner side of the temple after crossing the wide-area we will see the wide “namaskar mandapam”with16 pillars which are placed in a particular way. Then we will enter the “thirunada” and can see Shiva linga with lots of Chandra kala in the Vatta Sree Kovil facing the east.

The maha Ganapathi is in the same Sree Kovil in one half facing the south. We cannot see the full deity when we stand directly in front of the NADA. It is believed that the deity of Ganpati was placed by Naranathu Branthan, the legendary figure of the Parayi Petta Panthirukulam. While the Namboodiris were trying to place the deity and failed to do so Naranathu Branthan came that way. Knowing their difficulties he slightly moved it a little West and placed the deity facing south in Veera Ganapati expression. 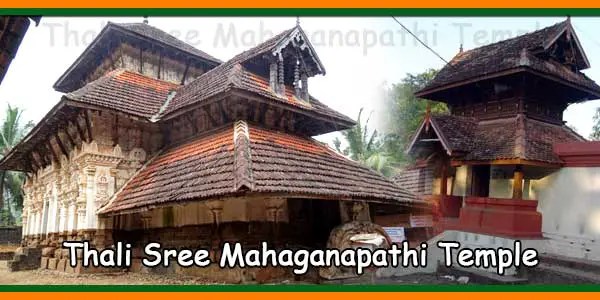 It is believed that because of the Veera expression it is not possible to face the deity directly and hence Naranathu Branthan moved it a little West. By offering Otta appam and Carolappam Ongalur Ganapathy will fulfill all your wishes and get rid of your problems. There is Muttarukkal also in front of the Ganapati.

The festival flag will be hoisted in Uthratadhi in the Malayalam month of Makarram and 8 days of the festival is celebrated as Thiruvathira Arattu.In this temple daily, 3 Poojas are performed for Ganpati and the deity is Valampiri Ganapati.
There is Ayyappa and Naga deities are in the wide outer side of the temple.

The annual festival in the temple is observed in Kumbham month. In 2016, Ongallur Thail Maha Ganapathy Temple annual festival begins on 12th February.
Traditional performing arts, such as music and dance are staged during the period. Caparisoned elephants, melam, fireworks and Sheevali are part of the festival.
The temple is traditionally decorated with plantain, coconut leaves, flowers, leaves, traditional lamps and lights.
The festival ends with Arattu. The utsava murti of the deity is taken out of the shrine for ritual bathing on the final day. Caparisoned elephants and melam are part of the ritual. 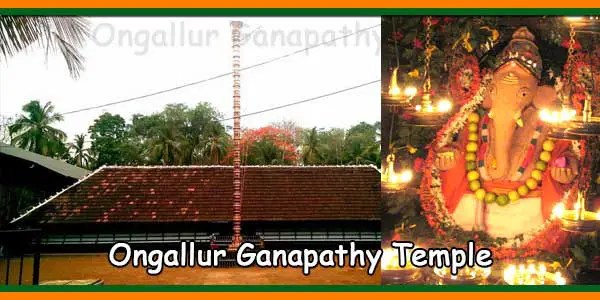 How to Reach Ongallur Ganapathy Temple:

By Air
The nearest airport to Sree Kalarivathukkal Temple is Calicut International Airport which is 64 km away.

By Road:
Ongallur is between Pattambi and Shornur. The temple is near the Ongallur bus stand.