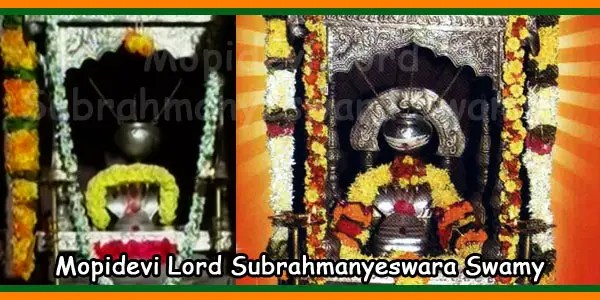 Devotes strongly belief that if couple sleep in Mopidevi Temple for a night they will be blessed with children.

Sthala Puranas says that Sri Subrahmanyeswar Swamy in lingam form is a Swayambhu means self manifested.

Veeravarapu Parvathalu is a pot maker and a great devotee of Karthikeya Swamy. One day when he was sleeping, Lord Subramanya Swamy came in his dreams and there is a lingam in the anthill in the village of Mopidevi. The next day Veeravarapu Parvathalu the villagers abut his dream. The villagers went to the place indicated by the lord and started to dig up the anthill, Surprisingly they found the Swayambhu Lingam, later they kept the Lingam on the anthill and began worshiping the Swayambhu Lingam. Parvathalu constructed some more idols of Nandi, Cock and Garuda with clay, which was considered as very dear to Lord Saravana. After finishing he baked all the idols in the Bhatti (furnace) so the clay idols will become hard.

Four Deva rishis named Sankara, Sanakasa, Sanatkumara, Sanatsujata are well known for their firm devotion and spiritual knowledge. The four rishis are unethical and appears like five year kids to others. They remain naked without covering their bodies as they were not aware of the worldly matters. One day they went to Kailash to worship Lord Shiva, Sachi Devi, Swaha Devi, Goddess Saraswathi and Goddess Lakshmi also arrived at the same time. On the lap of Parvathi devi, Karthikeya was sitting

Karthikeya as a child was confused at the two variation of fully clothed gods and goddesses on the one side the nude Deva rishis, he laughs in a silly childish way.

On seeing this Parvathi devi scolds Karthikeya for his foolish behavior. Later, on realized his mistake Lord Subramanya Swamy takes permission from Parvathi devi to do penance to get rid of the blemish. Lord Subramanya Swamy did the penance in the form of snake to disguise for many years and successfully cleansed himself of the foolishness. The place where Lord Subrahmanyeswar Swami did penance became popular and now it is called as Mopidevi.

According to ancient texts once Vindhya mountain became over confident on its strength and started growing towards sky.

It went up to the planet Sun. With this, darkness every where each became mortals and immortals including every flora and fauna suffered darkness.

All the Devatas prayed to Sage Agasthya to humble the Vindhya Mountain somehow or the other.

Sage Agasthya along with his assistants had the occasion to pass through this place, where Lord Subrahmanya in the form of Linga (Subrahmanyeswar) did severe penance. He identifies the place and said that the area is covered by Tigers and from here if we go towards the Eastern direction, one can find the holy temple of Lord Subrahmanya which is known as Lord Subrahmanyeswar Swamy.

By visiting this temple with devotion, one can get earning all through the life and likewise attain salvation.

How to reach Mopidevi Temple:

By Road: APSRTC Busses are available from Vijayawada on Avanigadda line, via Kankipadu, Vuyyuru, Pamarru and Challapalli. It’s 75 km from Vijayawada. From Machilipatnam its 30 km to Mopidevi Temple.
By Rail: Repalle Station is the nearest Railway station and is just 20 minutes of journey by auto to reach the Temple. 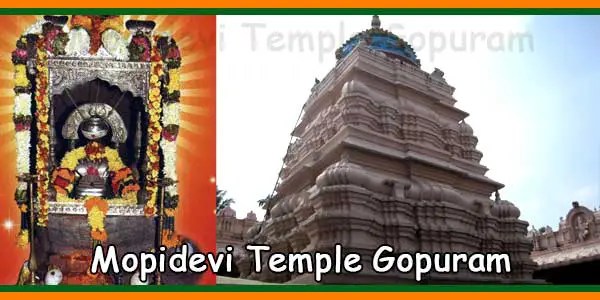 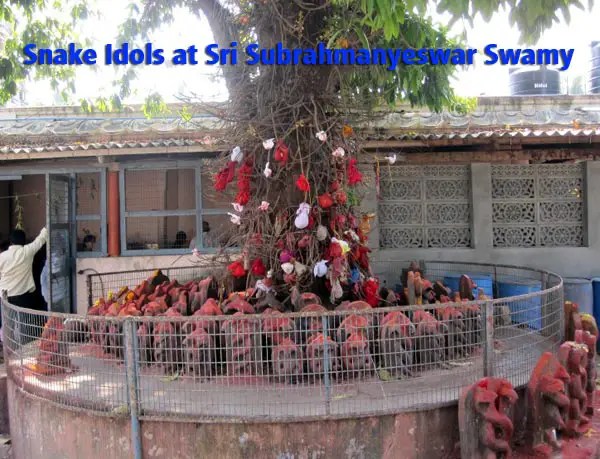 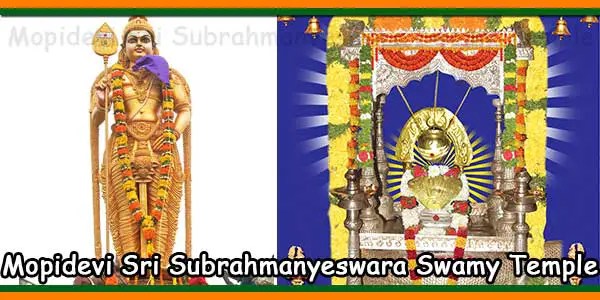 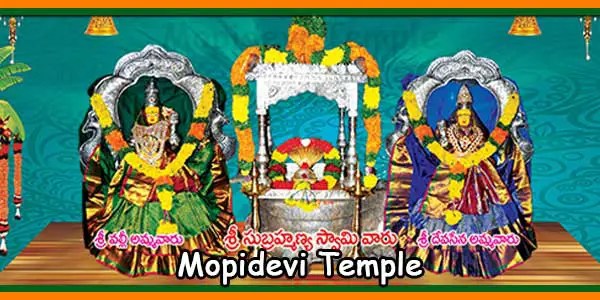 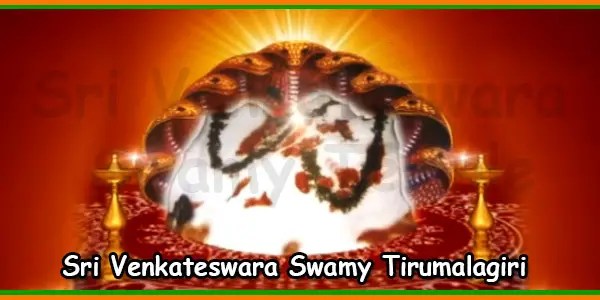 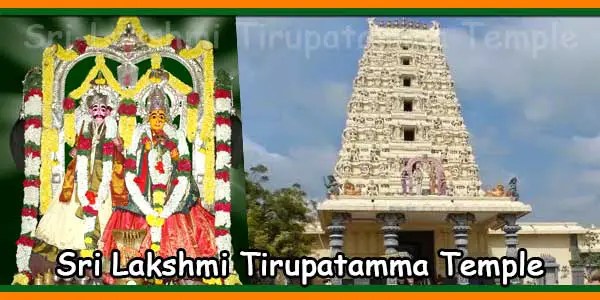