In India, we find many temples in the name of Maa Durga, the Shakti. She is worshipped as Vaisho Devi, Kamkhya Temple, and kalkaji Mandir. The telangana region worships mata as Pedamma Talli. Peddamma Gudi temple in Jubliee Hills, Hyderabad is dedicated to Maa Durga, the Goddess of Energy. The temple has been existing in the city of Hyderabad since the last 150 years. However it has been only in 1993 when the temple was noticed in a big way. This year marks the construction of the Rajagopuram of the Temple.

The Peddamma Temple is located at Road No. 55 Jubilee Hills and is very famous for the very colorful local festival ‘Bonaalu’. This festival is popular in the Telangana regions. The word ‘Peddamma’, which is ‘Pedda + Amma’, literally means ‘Mother of Mothers’, or ‘The Supreme Mother’. She is one of the 11 forms of the village deities and the supreme most of them. This ‘Bonaalu’ festival occurs during June-July every year and is a must visit place during this time. Devotees offer their prayers and sacrifices to the Mother throughout the year and the Mother bestows all her blessings on them.
Durga Puja is the most significant festival to the locals of Hyderabad. This five-day long festival of welcoming Goddess Durga has a series of rituals and is close to every Bengali. Durga Puja means more to us than just a religious festival. It is a celebration of life, culture, different customs and traditions, a time for getting together, gathering and rejuvenation, revival of our holiness and lastly the season to spread love and care.

Let us commemorate Durga Puja in a whole new way this year and receive Goddess Peddamma with an open heart and cheerful enthusiasm.

Maa Peddamma is the ultimate primeval being and the demon slayer, the ultimate power and the mother of all Gods. The Devi has dark black hair, attractive eyes and ten hands dawned on earth to set up domination of goodness over the wicked. In the battle that takes place over ten days, Maa Durga wins it for Gods over demons. This perpetual expression of reality and purity is celebrated in the way of Durga Puja. Devi Durga who is the daughter of Himalaya, is a personification of elegant magnificence, motherliness, strength and fearlessness.

The prodigy of Maa Peddamma and the story behind her Puja has many renditions. According to the most customary tale, Devi Durga, the furious Goddess, a re-incarnation of Maa Sati (Lord Shiva’s wife) was created by the male Gods of the heaven. A great demon named Mahishasur who was born out of the union of the demon king Rambha and a water buffalo, who could easily change his form from human to buffalo triumphed over Indra, the king of Heavens. This demon had a great boon bestowed on him by Brahmadev, whereby neither a man nor God could conquer him. Total uproar and panic prevailed over the entire heaven due to Mahishasura. He threw all the Gods out of their golden seats. Depressed by the defeat, the Gods approach the Trinity (Brahma, Vishnu and Maheshwara) to save them from obliteration.

In Sanskrit, ‘Durga’ means ‘she who is incomprehensible’ or ‘difficult to reach’. Goddess Durga is a form of Shakthi worshipped for her courteous as well as frightening aspect. Being the mother of the universe, she symbolizes the never-ending power of the universe and is a symbol of a female vigor.

Durga, a beautiful fighter seated upon a tiger, was the first manifestation of the great Goddess. She is also called by many names like Parvati, Ambika and Kali. Slayer of demons, she is worshipped the most during Durga Puja which is very popular among the Bengalis.

One of the 11 forms of Goddess Mahankali, Peddamma Talli is also known as Gauramma and Ammavaru. Peddamma refers to mother of one’s own mother or the grandmother. The Goddess here is thus worshipped as the mother of the Universe.

The origin of Goddess Durga had been for a cause. The cause being Mahisasura, the buffalo demon that had caused devastation on Earth. It was then when Lord Shiva opened his third eye, which is capable of destroying the three worlds. But he could not destroy the demon Mahishasura. It was at this point that the shaktis of Bhrahma, Kumar, Vishnu, Shiva and Varaha combined together to form Durga, the epitome of Shakti. Durga was endowed weapons from all the Gods. However, in the battle with mahisasura, all the weapons failed. Realizing that the demon was blessed with boon and that the weapons were of no use here, Maa Durga ran to Mahisasura with bare hands to fight him. And at last could defeat him. The unconquerable demon was defeated by Shakti, Devi Durga.

Devotees pray to her with a lot of devotion and she is believed to be the savior of the universe. Some of the major celebrations at the temple are the Bonalu festival and the Rathotsavam. The Bonalu festival is celebrated in the Ashada month when the women in the Telangana prepare special dish of rice, jiggery, milk and curd to offer to the Goddess the Prasad is carried in decorated earthen pots covered with neem leaves.

Rathotsavam is a 3 day annual festival. The Goddess is taken around the temple in a well-lit and well decorated chariot. The Goddess is offered flowers and fruits. Offering prayers during the festival is said to bring good luck to the devotee. The wishes of the devotees are also realized.
Thursdays being the day of Maa has special; prayers in the temple. It begins with “Abhishekam” at 3:00 am, followed by a series of other prayers. NavagrahaHomam,’ `Rudra,’ `ChandiHomam,’ `DikpalaBhairavaBaliharanam,’ `Purnahuti’ and `Annadanam’.
Though existing since a long time, it is only since the last 5 years that the temple has become even more famous in the Telangana region. Thanks to the efforts of the Telangana leader P.Janardhan Reddy also known as PJR and the ex-MLA of Khairatabad. It is an everyday festival here with people all around gathering to offer their prayers to the goddess.

Durga is worshipped in various other forms also. She is
Uma, “light”;
Gauri , “yellow or brilliant”;
Parvati, “the mountaineer”;
Jagatmata , “the-mother-of-the-world”
Durga “the inaccessible”;
Kali , “the black”;
Chandi , “the fierce”;
Bhairavi , “the terrible.” 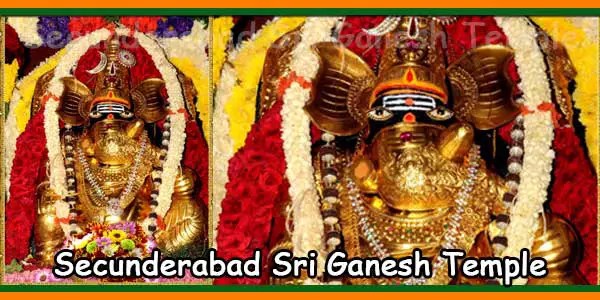 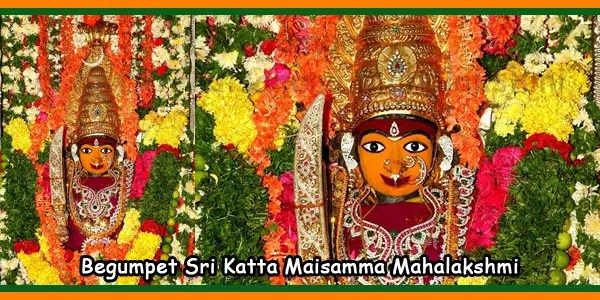