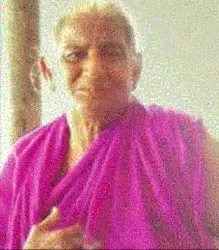 The sleepy village of Dubagunta in Nellore district was once the epicenter of Andhra Pradesh’s Prohibition movement. It was led by 83-year-old Vardhaneni Rosamma, more popular as Dubagunta Rosamma, who became a cult figure by organising the women of the village to boycott arrack shacks luring their men.

When Rosamma took up the movement against sale of liquor in a remote village in Nellore district, little did the Andhra Pradesh government realise that it would soon force a total prohibition in the State. The government came down on its knees, implementing total prohibition.

She stands out as the best example of how a determined woman can face the might of money and political power and succeed. Threats from the powerful liquor lobby notwithstanding, Rosamma led the anti-arrack movement that led to the fall of Congress government in 90’s and forced the successive TD government to clamp prohibition in the state.

Rosamma began her movement by resisting a local arrack contractor and his henchmen from unloading liquor in her village in April 1991. Soon she gathered a band of women and the movement spread to all parts of the state like a wildfire. She became a powerful symbol of the anti-liquor agitation. Rosamma was moved by the plight of women due to their alcoholic-husbands.