The temple of Agastheeswara Swamy is a sacred shrine that lies at the confluence of three rivers Swarnamukhi, Bhima and Kalyani in Chandragiri mandal.

The Siva lingam in this temple was installed by Agasthya Mahamuni and so it is called Agastheeswara lingam. This temple faces east and has almost all parivaradevathas installed in well-built places like Lord Ganesha, Lord Subramaniyam. 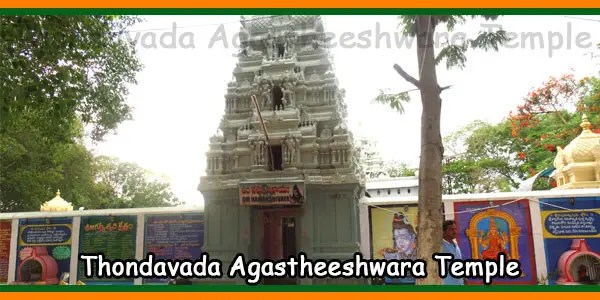 The temple has three entrances and a grand compound wall. The Dwarapalakas at the entrance of the sanctum sanctorum are beautifully sculptured. They stand tall to add grandeur to the hall. Inside the second prakara, there is a separate shrine for Mother Parvati called here by the name of Vallimata. There is a tank outside the compound for the convenience of visiting pilgrims. The near by village was named Tondavada by the kings of Chandragiri, as it was the place used as a rest house for visitors and keeping elephants also.

Just opposite the Aalaya (temple) and in the middle of the river there is a mandapam built. In this, you can see the beautiful statues of Balaji, Ayyappa, Ganapati, etc., installed. There is also a small shrine of Lord Sri Rama, Sita, Lakshmana and Anjaneya that is built in recent times near the tank. All these places are worth visiting.

Sri Agastheswara Swamy Temple This temple has an inscription engraved on its wall. It is dated in the 31st year of Kulothunga Chola, but this is not a foundation inscription.

This inscription may be helpful at best in setting the latter limit i.e. 1100-01 AD for its foundation. This temple square on plan has an ekatala and a square sikhara among the five types described above.

This temple may be classified under the type I represented by the Irugisvara temple at Yatavakili. The points of similarities are the square plan and the square sikhara, the absence of niches on the walls, niches with griva with nandis at the corners.

The uniqueness and rarity about this Temple

Unlike other temples, here Goddess Maragadhavalli appears to the left hand side of Lord Agastheeshwara swamy temple resembling the sitting posture of a Bride and a Bride groom in a marriage as per the Hindu religious practice. This could be visualized in most ancient temples only. 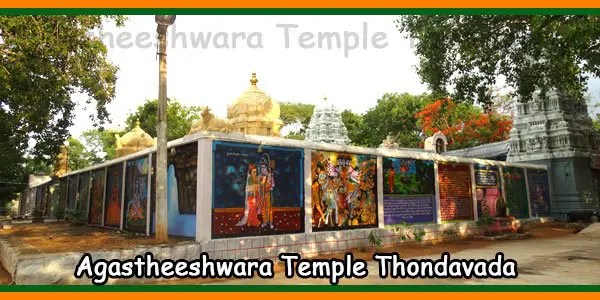