‘Pongal’ In Oceania: Australia, New Zealand, Fiji:
Australia has a population of over 18 million. There are about 30,000 Tamils spread over six states. Concentration is mainly in states of New South Wales and Victoria. New Zealand has about 3,000 Tamils. Most of them are professionals who have migrated on their own. In Fiji, there are 350,000 Indians and out of them, there are about 80,000 Tamils.

‘Pongal’ Celebration in These Countries:
Australia has over ten Hindu temples spread over different states all over country. ‘Pongal’ festival is celebrated by Tamils residing in Australia. The way of celebration is not as traditional as those celebrating ‘Pongal’ in India. In New Zealand, Tamils are attempting to construct temples. They are also organising ‘Pongal’ festival to unite their cultural and religious links. In Fiji, most Tamils have lost their Tamil identity so they have Tamil names only. South Indian Sanmarga Sangam, pioneer body, forges Tamil culture, Hindu practices by celebrating ‘Pongal’, harvest festival. 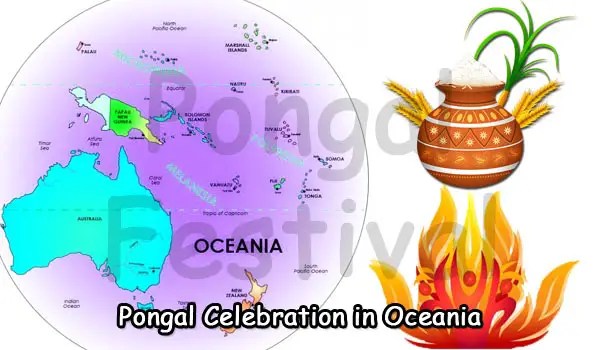