16 April 2015 Guntur:  On Thursday special weekly arjitha Seva of Tiruppavada Seva and also Netra Darshanam was performed at  Police Parade Grounds in Guntur,  as a part of the ongoing venkateswara vaibhavotsavamswere.

Importance of Netra Darshanam:
On Every Thursdays all the Ornaments, Garlands and flowers were removed from the Mula Virat after the morning pooja. The Mula
Virat will be covered with Dhoti and Uttareeyam. The Thirunaman Kaappu and Kasturi on the forehead of the Lord is also reduced in size. During other days the Namam will be wide on the forehead of the Lord’s which almost covers half of his eyes.

In a large rectangular tub made of gold is placed in the Mantapam and a huge quantity of Pulihora rice, and other sweet like payasam, laddu, jilebi, thenthola, appam and other food items are kept with coconuts, flowers, sandal paste, kumkum, deepam and is placed in that trapezoid receptacle to be offered as naivedya to the Lord.

It is believed that after opening Lord’s Eyes his first looks should not fall on humans, because the humans will not withstand the huge power coming out of lords eyes. that’s why the Pulihora is kept in front of the lord so that when the lord opens his eyes his power will fall on Pulihora to reduce the power. The “Pulihora” therefore acts like a Veil (“Paavada” in Telugu/Tamil) protecting devotees from His Powerful Gaze. 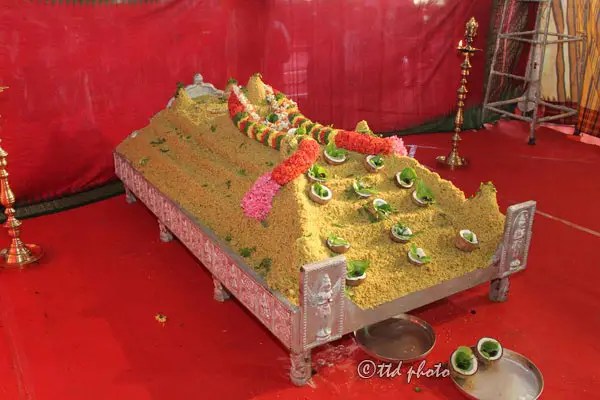 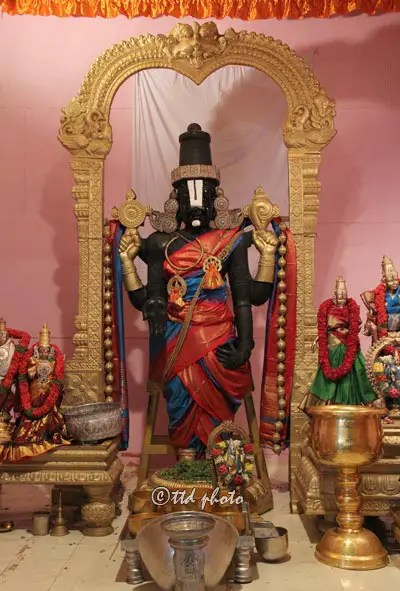 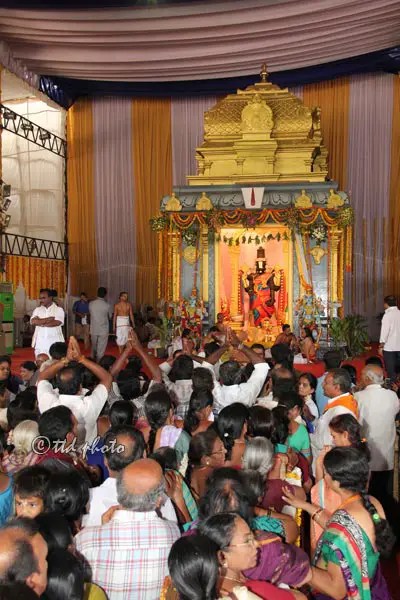 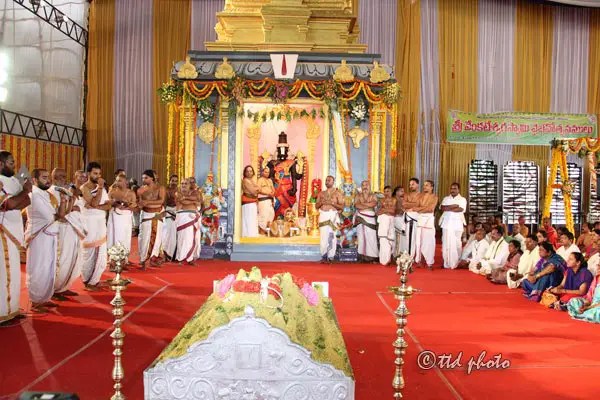