Bhagylakshmi temple is one of the famous Hindu temples in Hyderabad. This temple is the faith of the goddess Lakshmi and is situated near the historic Charminar. Bhagyalakshmi temple is proclaimed as a memorial which is under the care of Archaeological Survey of India (ASI)

Temple History:
The actual age of the temple is not known, but there are several assumptions on this. Based on the roof of the temple some claim that this temple is built along with Charminar. And some people say that it is built in the years of nineteen’s. The Charminar was constructed by Muhammad Quli Qutb Shah. He declared a holy stone on the site of the temple. The People started worshipping the stone by lacing with haldi and kumkum in the 1960’s. Here in the temple site the statue of Lakshmi is established and a roof was constructed to protect the statue. At the time of the Muslim rule the High court building was constructed by the Nizams. The Nizams oppose to shift the temple and decided to keep it in the court complex; even today, the temple was in situated in the court complex.

According to the History as a memory of Queen Baghmati, the temple was established by a local legend.

The Narendra Luther and some other made claims on this temple during the 1960’s, after this according to the history a stone was painted with saffron color in 1965 near Charminar. They appointed an old woman as an in charge of this temple. Once in APSRTC strike this the stone got damaged. Later the damaged area was constructed and the stone was replaced with a statue of the goddess Lakshmi

People believe that the structure seems as a reflective complex culture of Hyderabad. It is believed that the Charminar is the place of devotion of both the communities for so many years, which gives a message to the world about the secular traditions and “Gangajamni tehzeeb” of Hyderabad.

Diwali Decorations:
Every year on Dasara and Deepawali the Bhagyalakshmi temple was decorated up to 30-50 feet which look very attractive. The Diwali festival is celebrated to spread the message of illumination and destruction of the evil. The goddess’s Lakshmi birthday was celebrated as a Diwali festival. During the 5th manifestation of goddess Lord Vishnu, he liberates goddess Lakshmi from the prison of king Bali. 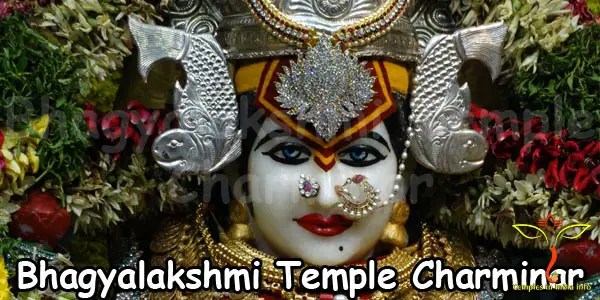 Temple Disputes:
The temple was situated in the Muslim-majority area and the professed threat which poses to the history of Charminar structure. The holy stone was replaced with a statue in the year 1960s and added a temporary shed stimulate to common tensions. The Hindu traders step forward to open shops on the festival time, the Muslim community forces destroy the temple, spoiled the shops and set fire to the shops.

During the Ganeshotsava celebrations in September 1983, The Hindu organizations placed the Hindu religious banners in different places to represent Hindu republic this changed the atmosphere, a Muslim threw a stone in the temple. The Hindu people destroyed a masjid as revenge and placed idols and images of Hindu Gods that resulted in MIM summon for a bandh. This grievance developed into violence, 45members were killed in this violence.

The temple authorities said that they were not constructing the temple and replacing the bamboo structure with new ones. An inconceivable of MIM party staff and 5 MLAs guided by Mr. Akbaruddin Owaisi organized a rally, against the police as they were facilitating the unlawful expansion of the temple work. The police stopped the rally and took the MIM leaders into custody. Following this, a number of violent incidents were reportable within the town, together with stone attack and destroyed four APSRTC buses, two cars, and an ATM and garment showroom. The town administration, then quickly placed a ban on the general public visits to Charminar, to close markets and obstructed a number of the streets. The police additionally prevented the Hindu leaders from organizing a march to the temple by taking the organizers into custody. 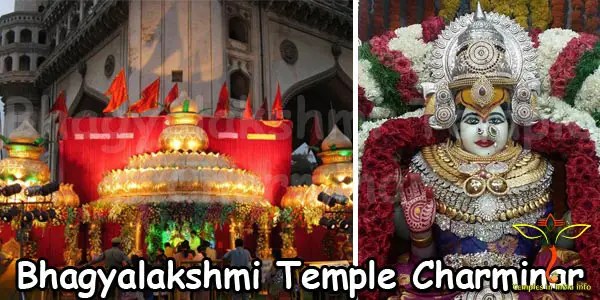 On 16th Nov 2012, a lot of violence bust out when the Friday prayers at the Mecca Masjid. An outsized variety of individuals preceded towards Charminar when the prayers to supply ‘Salam'(salutation) at a religious symbol borders the monument; however, they were stopped by the police. The protesters started raising slogans against the police and demanded that restrictions be upraised. The protesters later threw stones and attacked vehicles and shops. The police used teargas shells and baton charge to disperse the mobs. During this violence, seven people were injured.